Ring In The New Decade in Niagara Falls: 6 Things To Do 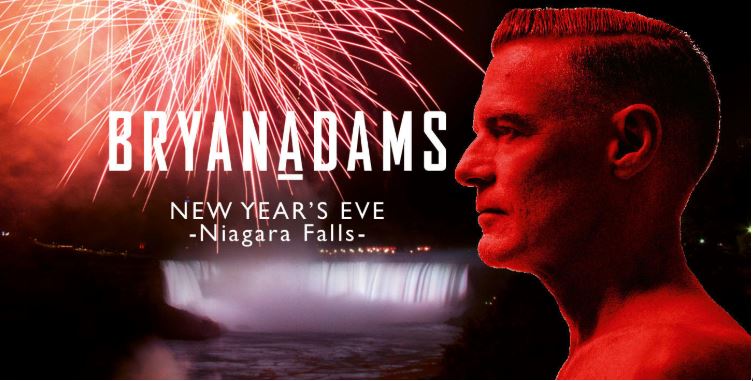 If you’re feeling like 2019 has been going on forever, don’t worry, you are not alone! I mean, isn’t it crazy that Beyoncé’s Homecoming was only released in April this year? This is the exact same year that also brought us Baby Yoda, the global movement #ClimateStrike and not to mention the seemingly endless political drama. Let us all agree that 2019 has been a very exhausting year! Which is why it is imperative to ring 2020 in with a blast.

Let’s be real, after all of the chaos that is 2019, we all deserve a little pat on the back for enduring it all. With 2019 coming to a close, it also means that we’re saying goodbye to the 2010s decade and what better way of welcoming the new decade than by celebrating New Year’s Eve in one of the most iconic places in the world, Niagara Falls.

Yes, we know, when you think of New Year’s Eve celebrations you immediately think of the usual suspects: Times Square, New York; Las Vegas; Dubai; Taipei, Taiwan etc. And compared to all of those places, Niagara Falls may seem a bit of an unusual choice. But picture this epic situation: the largest waterfall on earth illuminated with multicolored lights. Now imagine having that as the backdrop to your NYE celebration. Well, that’s exactly what you’ll get when you come to Niagara Falls this coming December 31, 2019. Plus did we also mention that it’s literally Canada’s biggest New Year’s Eve festivity?

So the bottom line is, if you’re looking for the perfect way to say goodbye to the 2010s, come to Niagara Falls! And if you are not convinced already, here’s #OverTheFallsTours’s 6 Things To Do on New Year’s Eve at Niagara Falls.

1: Ring In the New Year In the Largest New Year Celebration in Canada

Every year, at least 50,000 people come to Niagara Falls on December 31 to celebrate the New Year. This makes it one of Canada’s largest New Year’s Eve festivities and this year won’t be any different. The night long celebration will feature performances from world class musicians, fireworks, and many more. We guarantee you that it’s gonna be a celebration unlike anything that you’ve experienced before.

Yes, you read that right, on the night of December 31, 2019 there will be not just one but two firework displays in Niagara Falls. The first fireworks are scheduled to set off at 9:15pm. Make sure to come early to Queen Victoria Park, where you’ll get the best view of the show.

For the 9pm showing, the fireworks will be launched from the bottom of the Niagara Gorge, making it a spectacular show to see. As the clock strikes midnight, the second fireworks will set off from the Skylon Tower to usher in the first year of the 20s decade.

Even if you’re not familiar with this arguably Canada’s biggest musical export, you must have heard Bryan Adams’ biggest hits such as Heaven and Please Forgive Me. Over the years, Adams has released some of the most iconic love songs and heartbreak anthems.

Well, guess what, when you come to Niagara Falls this December 31, you’ll get to see him perform Live FOR FREE. Bryan Adams will headline a lineup that will also feature two other major Canadian talents: Walk Off the Earth and Valerie Borghesi.

The concert will start at 8:30pm in Queen Victoria Park. Make sure to come early if you want to secure the best spot to watch.

4: Romantic Dinner With A View

If outdoor celebration is not your cup of tea, or if you are looking to celebrate the New Year with a special someone, then you might want to take a look at this one. Almost all restaurants in and around Niagara Falls will have New Year’s Eve dinner packages, that will allow you to celebrate in a more intimate setting, away from the crowds.

The Table Rock House Restaurant is located directly beside the Horseshoe falls, making it an ideal spot to have a New Year’s Eve dinner. You can book a window seating to have an unobstructed view of the falls and the fireworks at midnight.

Another restaurant that offers a New Year’s Eve dinner package is the Revolving Dining Room at the top of the Skylon Tower. Aside from offering a 360° view of Niagara Falls, when you dine up here, you’ll also be on the ground zero because part of the midnight fireworks will be set off from the tower itself.

Aside from these two, there are also many restaurants in the area, offering New Year’s Eve dinner packages. We strongly advise you to make a reservation, as some of these establishments may not accept walk-ins due to limited seating.

5: See The Illuminated Displays in Winter Festival of Lights

The Niagara Falls Winter Festival of Lights features an 8km illumination route of light projections, art installations and light displays. While you are waiting for the New Year’s Eve concert and fireworks, you might want to check out some of the art installations and interesting displays along the route. The festival also features activities that you can participate in, such as this year’s interactive visual scavenger hunt.

Light display starts at 5:00 and will remain throughout the night. Make sure to check out our guide to Niagara Winter Festival of Lights, here. https://overthefallstoursniagara.com/the-ultimate-guide-to-the-niagara-falls-winter-festival-of-lights/

6: Have Fun Late Into The Night At Clifton Hill

Home to the Niagara Skywheel, Clifton Hill is the entertainment center of the tourist district of Niagara Falls, Canada. On December 31, all of the attractions and establishments in Clifton Hill will remain open until 2:00am. This means that you can play and have fun doing all that Clifton Hill has to offer, such as Ripley’s Museum, Zombie Attack, Movieland Wax Museum and many others until late into the night.

If you hop on the Niagara Skywheel close to midnight, you might even get a birds-eye view of the falls and the fireworks display. Now that’s a way to usher in the new year.

#OverTheFallsTours offers a wide-range of tours of Niagara Falls daily. www.overthefallstoursniagara.com to find out the list of tours available for December 31, 2019 and January 1, 2020.

Over The Falls Tours